Auckland Transport is proposing to introduce a 30km/h zone near Pasadena Intermediate. It's one of 57 schools and lots of streets covered in a citywide programme to bring in safer speeds. This proposal deserves our support as a good move towards making it safer for our kids to get to school, as well as creating quieter streets for all of us.

Consultation is open until Sunday 14 November 2021.

‍Click here for the feedback form where you can comment on the plan in general, or any street in particular.

And/or you can "drop a pin" on this map to comment on any proposed speed zone (or suggest others - community requests are welcome).
‍

You might well ask: why is the area so small? The official rationale is that it's easier to introduce safe speed zones where speeds are already slow – basically, a "low-hanging fruit" approach. Auckland Transport puts it this way:

The internationally recognised safe and appropriate speed in areas with people walking and on bikes, like around schools, is 30km/h.

All of these 57 schools are located in residential areas where the actual speeds that vehicles travel at (operating speeds) are already low. Therefore, the changes we propose will simply bring the posted speed limit in line with the speed vehicles are already travelling at.

As part of this proposal, we have prioritised the roads which already have road safety engineering measures like speed humps, or they already have low operating speeds and don’t require them.

Okay. But. If safety is the goal, and 30km/h is the acknowledged gold standard that means most people will be able to walk away if the worst happens, how about some holistic thinking?

1. Expand the 30km/h zone to cover all the Bird Streets

The whole Bird Street area includes kindergartens and daycares, and has been crying out for traffic-calming for years. And kids don't magically teleport into that safe speed zone on the map, and then walk or bike to school. Signage would be easier, too, with the potential for gateway treatments at all the entry streets.

Besides, if people are more likely to floor it on some streets, surely that's all the more reason to include those streets in the safer speed zone right now, and plan to add traffic-calming treatments in future.

The evidence shows that signage alone can reduce speeds as Auckland Transport already knows from its previous work around schools. And while speed humps and other treatments certainly help take speeds down a notch, drivers don't actually need them in order to obey the posted speed limit. (If that were true, every single street would require them!).

3. Share the love – all our schools deserve safer streets

Other local schools deserve safe speed zones too. For example, Point Chevalier School could easily have a 30 km/h zone north of Meola, covering Walford and the side streets. FYI the pinpoint map lets you drop a note on the map to suggest other streets for safety treatment.

4. Go wider with the benefits

When you think about it, is there a side-street in Pt Chev that wouldn't benefit from dropping speeds to 30 km/h?

It's not just the survivable sweet spot. It'd be a lot quieter for starters. Much easier for younger, older, or disabled residents to cross the road. More comfortable to walk, jog, scoot, roll or skate. Easier to enter and exit driveways, and safer at intersections. (And more of our beloved pets would get to live out their natural life spans! RIP, Paddles.)

5. Our streets are our future

The last two years have been full of surprises, to say the least. Our lives are changing in unexpected ways, and it's time our streets caught up.

Stepped around a click-and-collect queue and out into the street to give everyone 2m breathing room lately? Or, thinking about swapping the car for a bike for short trips, to do your part for the planet? Or, felt like sending the kids out for some free-range fresh air while you take a breather? (Hello, lockdown home-schoolers!).

We can free up our streets for all these reasons and more – the key is taking traffic down a notch. And heck, we're not going anywhere in a hurry, so it'll be well worth the trade-off!

Be sure to let AT know what you think by Sunday 14 November, via the feedback form or the pinpoint map! 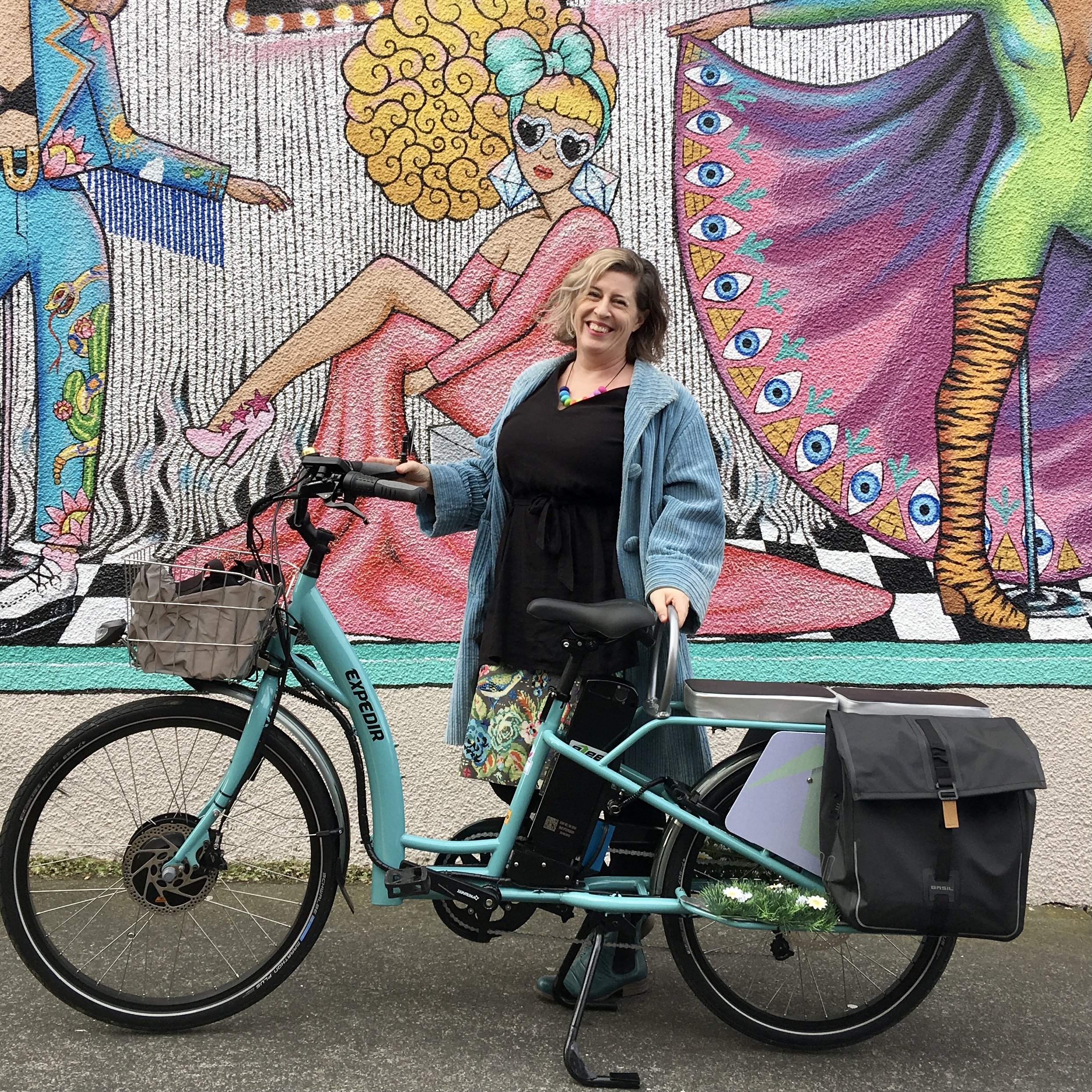 Local initiatives
Unlocking Local Cycling: Results from Our Survey
During the first lockdown of 2020, traffic evaporated, and the streets filled with people on bikes. We ran a survey to find out how that experience changed people's perceptions of cycling in Pt Chev. Read on to find out what we discovered!
Written by
Jolisa Gracewood
General news
Story of a regular Pt Chev bike commuter
Story from a Pt Chev Mum of two kids who - after overcoming a few obstacles - now commutes to the central city by bike most days.
Written by
Matt Fordham
Local initiatives
We've got pop-up bike racks, where should we put 'em?
We’ve got racks for about 50 bikes ready to deploy wherever they’re needed (and wanted) in Pt Chev. Reach out to us if you know somewhere that needs them. This isn't about spending months designing a perfect solution. This is about acting now to keep Pt Chev and our community safe.
Written by
Matt Fordham
General news
Biking in Pt Chev after lockdown - survey and colouring competition!
At Bike Pt Chev we’re thinking of ways we can retain some of the good things we’ve witnessed during the lockdown as we transition to Level 3, then 2, then beyond. How can our community hang onto the peaceful streetscape, the social interactions, the health of families getting out and exercising - while local businesses open back up, people start commuting to work, and the kids get back to school.
Written by
Matt Fordham
Ready to make a submission?
You only have until this Friday December 20th, do it now...
OPEN FEEDBACK FORM