[Editor: The story above is from a Pt Chev Mum of two kids who commutes to the central city by bike most days]

I wish I could say that one day I got up rode to work and that was that; firm bike commuter ever since.  It has been a journey of years, so if you have tried and it didn't work, try again as this time it might.

I grew up in a hilly town and cycling wasn't part of my daily life.  As an adult however I knew it was the right thing to add into my life. With a young family, incidental exercise that didn't have to be done at any other time was appealing, as was not paying for parking.

With this in mind, before I returned from parental leave I tested my commute.  It was great to take the time to see how the roads connected with the cycle paths into the city and how long it took me.  I told myself this was the new future.

At the start my husband and I were both working in the same area so had a convoluted system involving taking turns riding an old clunky mountain bike.  One riding into the city while the other wrangled the kid and drove and then swapping duties at the end of the day.  It was a less than perfect arrangement - more exception than rule - and when winter rolled around and I was pregnant again I have to say the enthusiasm dropped off.

Fast forward a couple of years.  Both kids were in the local daycare and we could take turns dropping the kids before biking into the city.  This was a much better arrangement, especially with the investment of an e-bike to flatten the ride up Grafton Gully.  My commute however had changed and now took me off the safety of the cycle paths and I needed to share the road with large trucks.  This freaked me out, there was nowhere easy or safe to stow my bike at work and I had a carpark.  I got lazy. I got back in my car.

About four years into my attempts to become a regular cyclist, the pieces fit much better.

The combination of better-connected cycle paths, excellent end of trip facilities and my progressive investment in the right gear now makes cycling the fastest way to get to work.  I have to confess to a little too much satisfaction when I pass colleagues in their cars, and beat them into the office.   My ebike cost me less than a year's worth of city parking  It felt like a massive investment at the time but the fact that I park, change and hit my desk makes it so easy.  More recently I ditched my horrid backpack and invested in panniers.  One side holds my laptop bag, the other a Kathmandu stuff sack with my work clothes.  I've even been known to pop between city meetings on my bike in my flats.

It's great to see the increase in the numbers of cyclists on the cycle paths and road, of all shapes and sizes.  Some days it feels like the Tour de France with the paths being packed.   I enjoy seeing familiar faces on the bike path.  Even more I enjoy the occasional Bike Clinics or free coffees put on by AT.

I encourage you to give it a go, and then another if it didn't gel the first time.

[Editor: so far in our current survey of biking in Pt Chev before/during/after COVID-19 lockdown, we've heard from 25 people who are keen to connect with a 'buddy' to help get them started with commuting to work by bike. If you would like such a buddy, or can offer to be one - drop us a line including information on where you commute to, which days, and at which time.] 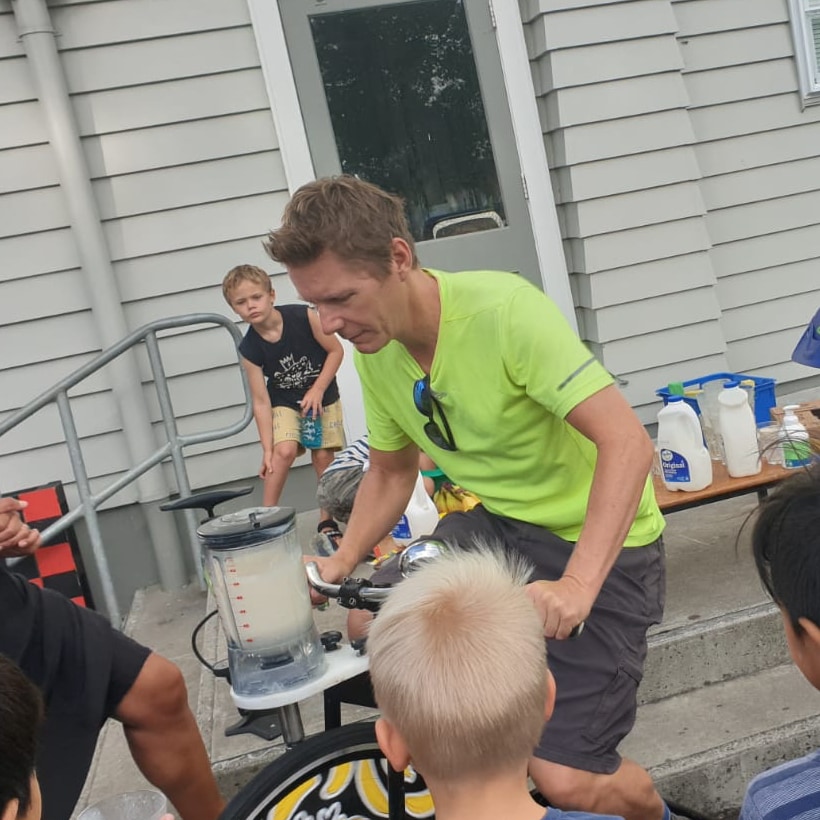 Consultations
Safer Speeds for Pt Chev
Auckland Transport is proposing a 30km/h zone around Pasadena Intermediate. Feedback is open until Sunday 14 November 2021. You can support the programme and comment on other areas where survivable speeds would be a good idea – like around our other schools.
Written by
Jolisa Gracewood
Local initiatives
Unlocking Local Cycling: Results from Our Survey
During the first lockdown of 2020, traffic evaporated, and the streets filled with people on bikes. We ran a survey to find out how that experience changed people's perceptions of cycling in Pt Chev. Read on to find out what we discovered!
Written by
Jolisa Gracewood
Local initiatives
We've got pop-up bike racks, where should we put 'em?
We’ve got racks for about 50 bikes ready to deploy wherever they’re needed (and wanted) in Pt Chev. Reach out to us if you know somewhere that needs them. This isn't about spending months designing a perfect solution. This is about acting now to keep Pt Chev and our community safe.
Written by
Matt Fordham
General news
Biking in Pt Chev after lockdown - survey and colouring competition!
At Bike Pt Chev we’re thinking of ways we can retain some of the good things we’ve witnessed during the lockdown as we transition to Level 3, then 2, then beyond. How can our community hang onto the peaceful streetscape, the social interactions, the health of families getting out and exercising - while local businesses open back up, people start commuting to work, and the kids get back to school.
Written by
Matt Fordham
Ready to make a submission?
You only have until this Friday December 20th, do it now...
OPEN FEEDBACK FORM